When you decide to start new habits, let go of old systems, or shift your mindset about something, it can take time & effort.  And it might not be easy to recognize all of the positive things happening as you inch along on your journey.  The set-backs or disappointments are often what stand out vs. the little “wins” that keep you moving ahead.

The tip today is to take a minute to step back and notice where you are in relation to where you started- And then celebrate it!  Pat yourself on the back for even the smallest signs of momentum forward.  As Fay Wolf says in New Order: A Decluttering Handbook for Creative Folks (and Everyone Else),  “a little better is a little better.”  Let’s celebrate!

Do the Next Right Thing

Watch the trees & plants for inspiration this week.  They are following that next right thing.  The sun shines so they push & extend further.  Then the rain comes, so they take it in & let it nourish their growth.  One step after another in this season of change.

These past few months, have brought lots of periods when I’ve felt out-of-balance.  The days coming at me, each one different.  Each one throwing me a little off-guard.

I felt very reactive instead of proactive.  And resentful when things continued to throw me off-course, instead of patience & flexible.

I knew things were off but couldn’t figure out what I needed to shift to feel back-on-track.  Then I read a passage by Rob Bell & it resonated.  He was writing about rhythm.

Rhythm equals flow, pattern or tempo.  It’s like the underlying current that keeps the days moving along.  Rob Bell says living with rhythm “requires that you be intentional about what you are doing and when you are doing it.”

Rhythm & routine make life run more smoothly.  They ease the overwhelm & keep the day from passing by without notice.

I realized that when I slow down my expectations of how much I can get done in a day and place a higher priority on listening to what my gut says that I need throughout the day, then I feel rhythm.

It also dawned on my that I had been confusing rhythm and control- trying to “control” the situation or the schedule.  Control felt negative, gripping and rigid.  When I started to shift my mindset to the word rhythm, then putting in boundaries & some parameters around my time & activities felt like freedom.  It felt like I could create a gentle flow to my days with my best intentions in mind.

Rhythm is starting the day with a time of quiet reflection & journaling and ending the day with gratitude.  Rhythm is listening to music as dinner is being prepared.  Rhythm is taking a break at 3:30 to read something enjoyable just because.  Rhythm is clearing the counter each night to end the day ready for the next & clearing it again after breakfast to start our day fresh.  Rhythm is making time to be outdoors each day.

Have you found ways to add some rhythm or flow to your days?  Where are you longing for some clearing?

Clutter comes in all forms.  It can be the physical clutter clogging up our space.  Clutter can also be too many events on your calendar, cluttering up your time.  Or too many thoughts in your head keeping you always “on” or spinning in your thoughts.

Notice where the clutter is collecting in your life & make one tweak that could create some clearing & find more flow.

If you need guidance on creating a plan for attacking your clutter, hit reply & schedule a Clarity Session.  This one hour session offers clarity, perspective, and the specifics you need to move forward.

Spring is almost here & for lots of us that means we start thinking about projects.  Before your head starts to spin trying to figure out how you might get them all done; take a minute & make a list.

Walk through your spaces & jot down all of the projects that have been on your mind.  Once it’s all down on paper, get real about which projects are urgent & could realistically be done in the next 1-3 months.  Now look for the ones that could be done in the next 6 months, the next year, and then note the ones that are on the 3-5 year plan.  Get all of those to-do’s off your mind & onto a list that will keep you moving forward, track your progress & help you let some of that overwhelm go.

For years I have said that I wanted to start an early morning routine.  I wanted to create space & time, before the day started, that was just for me.

It was something I continued to talk about, and probably whine about, and beat myself up about, until… last month.

I finally took action!  I took action after reading a book called The Morning Miracle by Hal Elrod

The book was given to me by a friend who said something to the affect of, “when I was following this book, things were going well in my life.” – I couldn’t resist the chance to find out what the secret was!

The book was motivational & the habit formation tips were really easy to implement, but the game changer that moved me to action was reading that it’s ok to push back on making sure you get X number of hours of sleep.  His advise-  tell yourself that no matter the amount of sleep you get, it will be enough & then you will actually feel that way!  Honor the mind-body connection & see what happens.

That was a big shift for me.

I always said that I needed a lot of sleep & it was the biggest excuse I had to stay in bed in the morning.

If I stayed up reading a good book, then no matter how much I wanted to get myself up with an early alarm, it wasn’t going to happen, because the last thought I had before closing my eyes was, “I am going to be so tired tomorrow.  It is going to be SO hard to get out of bed!”  The kind of talk that would become a self-fulfilling prophesy.

So when I read that I have to shift & go to sleep telling myself I will be rested & ready in the morning, I had to see if it would really work.  And after 5 weeks of following through with my morning routine, I have to say that the pressure is off and I am committed to this new way of starting my day.  No more talk, it is just what I do.

The funny thing is that we can continue to try to motivate ourselves.  Little pep talks to get ourselves to start anything new that we think will take work – new exercise routine, healthier eating habits, an earlier bedtime- but we might be spending a lot of energy in the wrong place.  There comes a point where we have all the motivation we need and it’s time to commit to the follow-through.

Shut down all the conversation & thoughts that could stop you from moving ahead & just do it!

Whatever you have told yourself in the past – “that decluttering & letting go it will be hard & overwhelming & you won’t know what you are doing or where to start”-  that can all stop now.

Decide to turn off those thoughts & start fresh with this statement-

“Whatever forward progress I make on decluttering today will be enough.”

Don’t be surprised if the pressure lifts & you have the energy & hope to grab a box or bin & collect the first, of many, items to let go of.

Got a storage room that just isn’t working? Do

The winter blues making it hard to get motivated?

Want to make donating easier on yourself? _ Keep a

Not sure what to do with special cards?? 💌 Have

Got a storage room that just isn’t working? Do

The winter blues making it hard to get motivated?

Want to make donating easier on yourself? _ Keep a

Not sure what to do with special cards?? 💌 Have 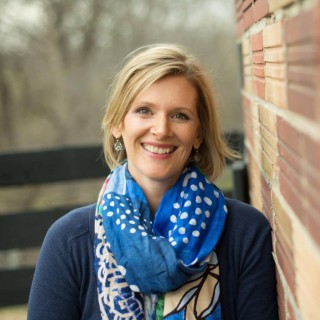 I am a Space & Lifestyle Consultant. I provide the support & guidance that allows you to create the spaces that best serve your lifestyle. I shine the light on the things that are keeping you stuck & inspire shifts that create a new way to "be" in your space!